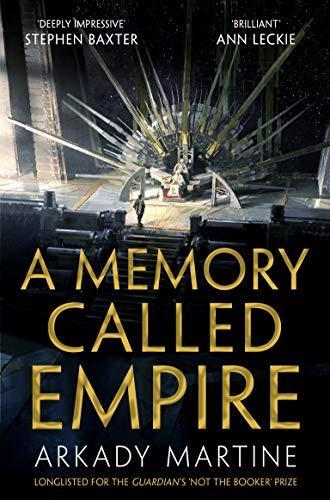 Won the 2020 Hugo for Best Novel. Ambassador Mahit Dzmare is posted far from her mining station home, to the Empire's glorious capital. Yet when she arrives, she discovers her predecessor was murdered. But no-one will admit his death wasn't accidental - and she might be next. Mahit must navigate the capital's deadly halls of power, while hunting the killer. She must also somehow stop the Empire from annexing her fiercely independent colony. As she sinks deeper into this seductive yet unfamiliar culture, Mahit engages in intrigues of her own. For she's hiding an extraordinary technological secret, one which might destroy her station and its way of life.Or it might save them all from annihilation.

I experienced this as an enjoyable palace intrigue like some other reviewers, but I didn't really find it particularly insightful on "assimilation and language and the seduction and horror of empire" (quote taken from the author's acknowledgments section). It's an interesting world and I'm looking forward to reading the sequel, but I can't say my mind was blown.