The Dragonet Prophecy (Wings of Fire, #1) 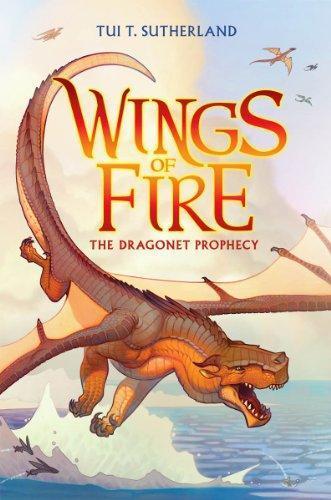 Clay and the other four MudWing dragonets were stolen from their homes while they were still in their eggs and hidden for years in order to fulfill a prophecy claiming that the dragonets would end the war between the dragon tribes, but not all of the dragonets want their destiny.

The seven dragon tribes have been at war for generations, locked in an endless battle over an ancient, lost treasure. A secret movement called the Talons of Peace is determined to bring an end to the fighting. Book #1

Reading the series with my 11yo, and found the first book perfectly enjoyable. Angsty youth dragons tasked with saving the world learn to make their way in it.