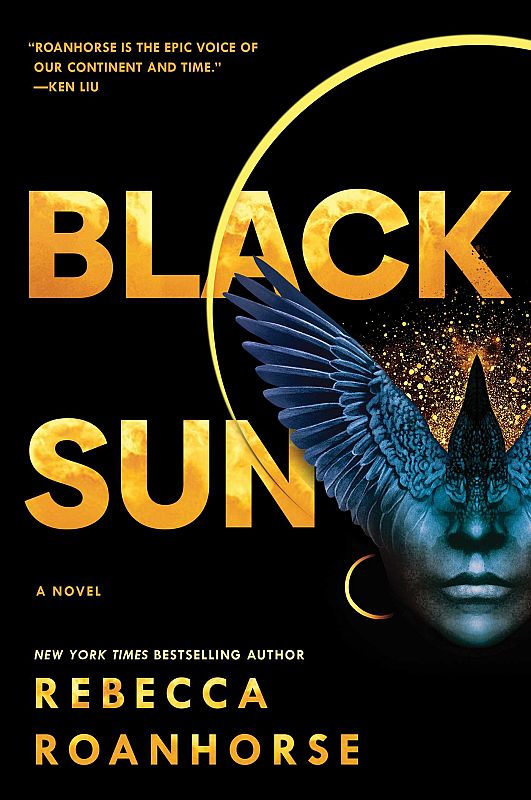 In the holy city of Tova, the winter solstice is usually a time for celebration and renewal, but this year it coincides with a solar eclipse, a rare celestial event proscribed by the Sun Priest as an unbalancing of the world.

Meanwhile, a ship launches from a distant city bound for Tova and set to arrive on the solstice. The captain of the ship, Xiala, is a disgraced Teek whose song can calm the waters around her as easily as it can warp a man’s mind. Her ship carries one passenger. Described as harmless, the passenger, Serapio, is a young man, blind, scarred, and cloaked in destiny. As Xiala well knows, when a man is described as harmless, he usually ends up being a villain.

Listened to this over a weekend where I REALLY needed to escape, it was fun and engaging and I definitely got really wrapped up in the world. I didn't know very much going into it but I'd read another short story by this author that I really liked and I saw it recommend a bunch / nominated for hugo, etc. I thought the setting was extremely sick and want to learn more about how the author built the world. Lots of fantasy elements which is unfortunately not totally my jam, but I enjoyed it a lot nonetheless.